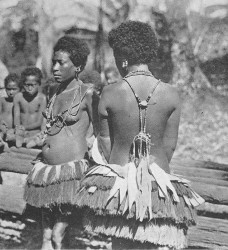 How did the ancient world work? A crucial difference is that they did not use money, and we need to see how these early societies actually worked. I begin therefore, with a little anthropology and take a brief look at the Trobriand Islands, to see how a primitive society functioned. 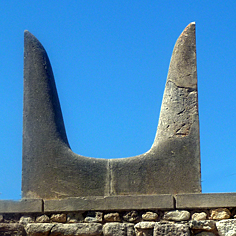 The Minoans. The first part of my book deals with societies before the existence of money, where distribution was based on palaces. The most instructive of all the palaces societies are the Minoans, for there are four Minoan palaces, all well excavated, which provide a very useful introduction to life in a Palace society. The decipherment of Minoan Linear B allows us to see into their economy.

Egypt. We then move on to ancient Egypt, one of the most successful and long-lived societies the world has ever seen. Just how did they achieve this long-lived success? We look at how they built the pyramids, and at the fascinating palace at Amarna, and see how the workmen used pseudo-money.

The Bible. At the fringes of the Mediterranean, – between the Desert and the sea, there arose the Jewish religion, the source of three of the world’s great religions. Here I give the story behind the evolution of the Jews and the origins of Christianity.

China  We then go on to China, which in many ways challenges my basic theory, for it is an Empire that used money but was ruled from palaces. Here you can read about the mysteries of classical, and indeed modern China, and how modern China in many ways follows on from the state that was first established in 220 BC.

The Greeks. The big change comes with the Greeks: why are the Greeks so important and what is the secret of their innovation? The answer is money; they invented a new form of exchange based on money, and this enabled a huge leap forward in economic success and brought forth a new type of society, with the invention of democracy.

Intermezzo. There were other peoples who rose in the Mediterranean in the first millennium BC – the Etruscans, the Phoenicians, and Tartessos. Here, in a special intermezzo, we look at how they arose, and why they failed.

The Romans succeeded where the Greeks failed, and produced one of the world’s great civilisations. How do they do it? They were late in discovering how to use money properly, yet they fought Hannibal and won. The Romans have a bad press today, but why were they so successful?

And finally, who am I? Every author has his prejudices and his biases, and you need to know these prejudices in order to assess his work properly. Click here for my confessions about my beliefs, and in effect, what this book is all about.

On to the Trobriand Islands